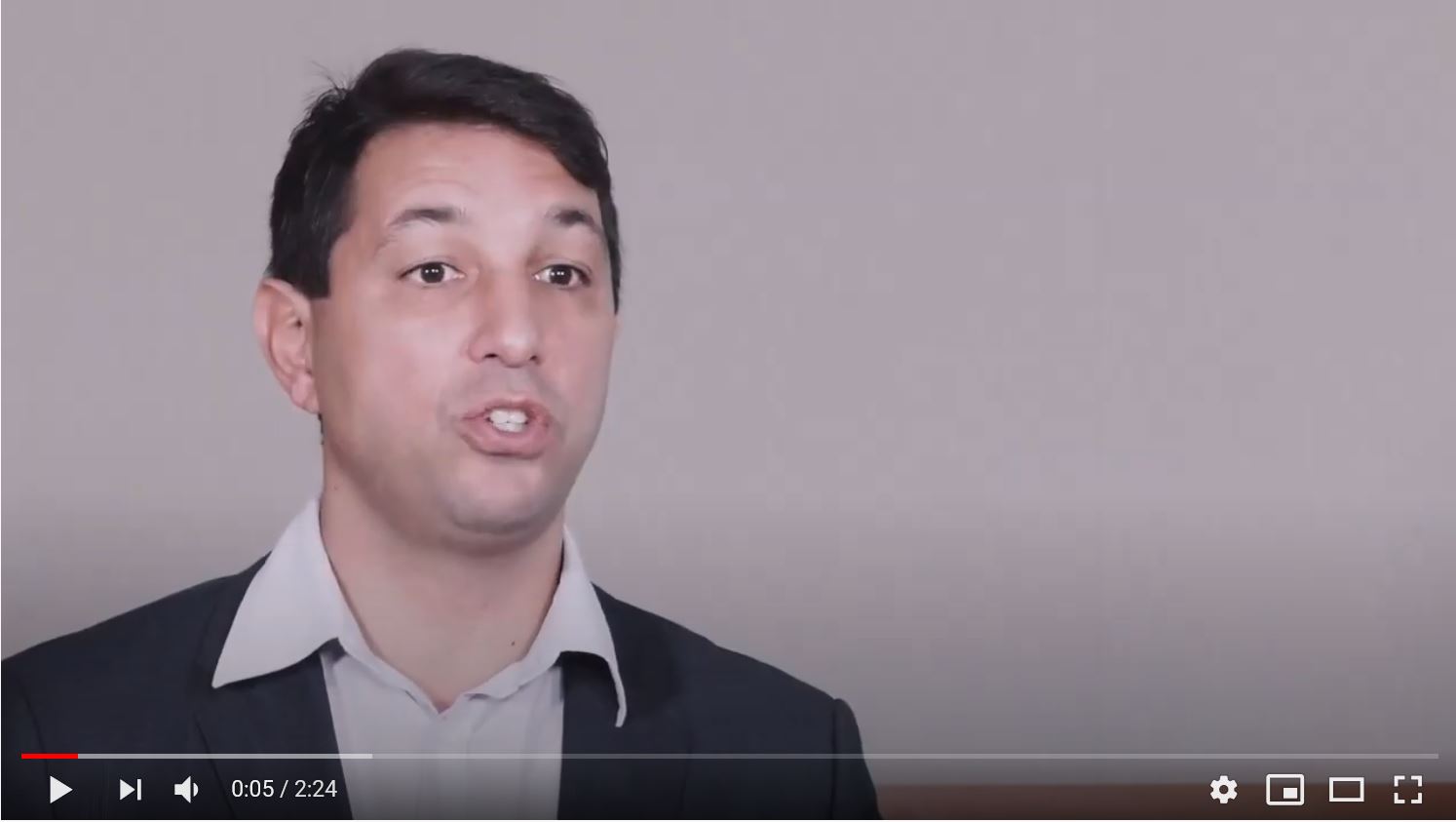 Karim Segond was born in 1973 in Toulouse, France. After obtaining his high school diploma (baccalauréat scientifique), he began studying mechanical engineering at the university in Toulouse. In 1996, he left the region to continue his studies at the Technical University of Berlin where he obtained a Master's in Mechanical Engineering in 2000.

During his studies, he worked in the Siemens AG Dynamowerk in Berlin. He programmed flow networks and heat source networks in Fortran77. His main task was the 3D-CFD thermal and flow calculation of the cooling of a synchronous motor with a fast rotating turbo rotor. The 3D modeling, the pre-processing, the grid generation, the flow calculation and the post-processing were done with the commercial CFD software Star-CD. Both the rotor with the excitation winding and the stator with the stator winding with its head was modeled. The final model was meshed with approximately 1.2 million cells.

Development engineer for the aerodynamics of steam turbines at Siemens

After his studies, Karim moved to the German-speaking part of Switzerland to work at Alstom Power in Baden. The company was formerly called ABB Kraftwerke and is now part of General Electric. Together with other aerodynamicists, mechanics and designers, he worked on the development of new low-pressure steam turbines. He used the company's own CFD programs with Euler or Navier-Stockes solver to quickly perform parameter variations for the last turbine stages. He also improved the design process using the 6sigma method. The toughest challenge of his carrier was certainly the wet steam calculations for a low-pressure steam turbine

He shortly left Alstom in 2006 for the small engineering consulting company Air Flow Consulting in Zurich. He simulated the smoke extraction for fire safety, the air conditioning and the air guide for clean rooms. He used ICEM and Harpoon for the mesh generation and CFX as a CFD solver.

Since 2011 Karim has been working as a freelance consulting engineer for thermal simulations; he founded the engineering office e-cooling in Berlin. As the owner of a small business, he is responsible for customer acquisition, for the website as well as administrative activities such as bookkeeping, tax returns, and IT. He is often at industrial fairs such as Coil & Winding in Berlin, the Hanover Fair or the SPS / IPC in Nuremberg. The videos of his presentations can be viewed on the web. He was leading a network of consulting engineers for cooling, drive train, rotor dynamics, acoustics, and magnetic field until two members retired.

His first task as a consultant was the 3D thermal and flow calculations of an electrical motor as an external contractor at ABB Minerals in Switzerland. It was a slow rotating pole salient synchronous ring motor. The model generation was done with Ansys Design Modeler and the mesh generation with Ansys Meshing, CFX was used for pre- and post-processing and as a solver. Here he decided to settle down as a freelancer for the long term and to acquire external assignments. Therefore, he benchmarked the different CFD tools and he clearly preferred to work with software based on a cartesian mesh like FloEFD, FloTHERM, Solidworks Flow Simulation or Solid Edge Flow Simulation. These tools allow to set up easy and fast heat transfer cases; the resulting costs are correspondingly low. By using these tools Mr. Segond offers a distinct competitive advantage to his customers over the ones still using older tools. Besides the electrical machines, Karim is investigating the thermal management of the power electronics components used to drive such large engines. Here CFD can be leveraged to optimize the design and ensure the best possible cooling for the components. He has also turned his attention to the overall cooling of a system: such cooling systems are too big and too complex to simulate with 3D CFD software. Therefore it is necessary to analyze them using a thermal and fluid flow network that is modeled in a 1D CFD tool or by programming. This combined solution enables Karim to provide the qualities of both tools and provide the ultimate cooling solution to his customers.